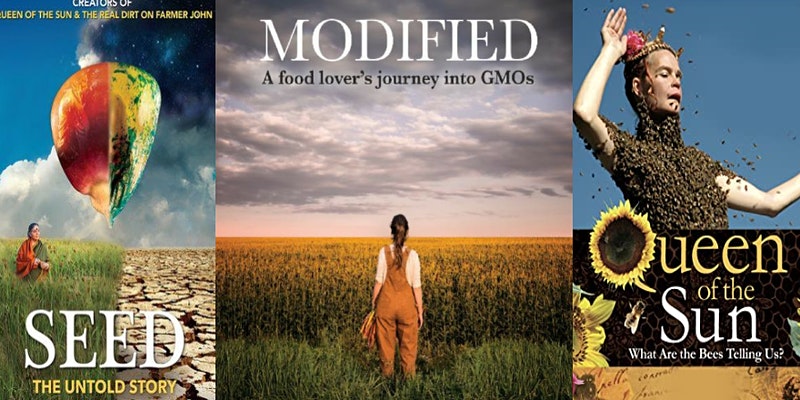 Queen of the Sun, Seed: The Untold Story, and Modified.

The films, all produced by Collective Eye,  are still available for a short while longer for viewing on www.PCTV76.org (click on the film names to get to each one)

The panel was moderated by Carol Durst-Wertheim, president of FCWC

Thank you for joining us and supporting FCWC (donations for the preservation of the environment in Westchester and for environmental education are always welcome!) and our local businesses Soul Brewing and Second Mouse Cheese.

We have partnered with Collective Eye Films and Federated Conservationists of Westchester County  (FCWC) to provide the following films to you –  Seed, Modified and Queen of the Sun.

This fundraising event is a panel discussion of the Films Series which is screening from 2/27 to 3/25 on Pleasantville Community Television (PCTV). Click on the film names below to watch the documentary.

SEED: The Untold Story Few things on Earth are as miraculous and vital as seeds, worshiped and treasured since the dawn of humankind. This documentary follows passionate seed keepers protecting our 12,000 year-old food legacy. In the last century, 94% of our seed varieties have disappeared, as biotech chemical companies control the majority of our seeds.

Modified features the story of filmmaker Aube Giroux and her mother as they embark on a personal and investigative journey to find out why genetically modified organisms (GMOs) are not labeled on food products in the United States and Canada, despite being labeled in 64 countries around the world.

Queen of the Sun: What are the bees telling us? QUEEN takes us on a journey through the catastrophic disappearance of bees and the mysterious world of the beehive. This ultimately uplifting film weaves the unusual and dramatic story of the struggles of beekeepers, as told by them as well as scientists and philosophers from around the world.

Among the panelists joining us will be Joan Gussow, noted food policy expert, Dr. Lewis Ziska, a renowned plant physiologist, and Carol Capobianco, Director of the Native Plant Center.

This event is a fundraiser for our partners and there is a suggested contribution of $25-$50.  Contributions are not required but are greatly appreciated.

Please register for the panel discussion by clicking on the Eventbrite link below.
Eventbrite

And because this wouldn’t be Films on Purpose without sharing some food:

Soul Brewing Company and Second Mouse Cheese have put together a specially curated FoP package to enjoy while you watch. They will provide a special beer, cheese, and charcuterie combination to compliment the Online Screening of the Environmental Film Series on March 25. Click on the link below to order the special.